Inspiring Oratory is Beacon of Hope and Shining Light of Faith 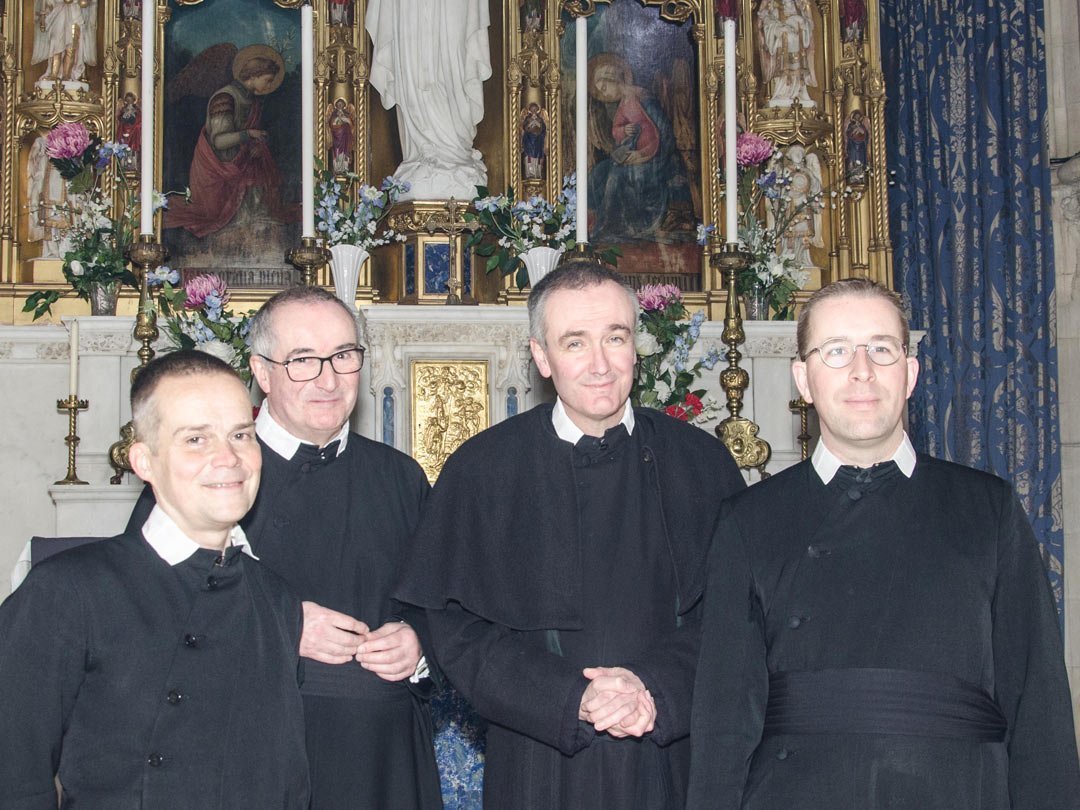 The following article about the Bournemouth Oratory was published in the pilot edition of Diocesan News magazine called Viva Voce.

It is a beacon of beauty and hope on the south coast of England – and its spiritual origins are unique.

Bournemouth Oratory, one of seven such in Britain, is a community of secular priests and brothers living the life of St Philip Neri, the sixteenth century “Apostle of Rome”.

Based in the imposing French Gothic-style Church of the Sacred Heart of Jesus in the centre of the resort, the Oratorians have daily times for communal silent prayer and silent meals with readings.

As with every Oratory, daily life is guided by the Constitutions of the Congregation of the Oratory established as an institute of secular clergy by St Philip in 1556.

Since their arrival in 2017 – at Bishop Philip Egan’s invitation – Father Peter Edwards, Father Dominic Jacob (co-founder of the Oxford Oratory), Brother Francisco Hintikka and Brother Andrew Wagstaff have enthusiastically pursued the Oratorian way of life. There are daily familiar discourses on the Word of God, daily opportunities for Confession, Sacred Liturgy and music which is both beautiful and devotional, and a distinctive pastoral apostolate in the parish. On four nights every week they host “Hope for Food,” with SVP and other volunteers feeding up to 100 homeless rough sleepers.

Alcoholics Anonymous and Narcotics Anonymous use the Oratory’s halls alongside the church and parishioners hold regular tea parties for the elderly and lonely.

The “Little Oratory” (the original foundation of laymen, integral to any Oratory) already comprises a dozen men being formed in the spirituality of St Philip, while passers-by pop in for the daily Oratory prayers with many being drawn by the warmth and welcome, and taking repose in stillness and silence of the Oratory church. “Oratorians are ‘fishers rather than hunters’ who draw people to the Oratory by their availability, the cheerfulness and joy for which St Philip was renowned and by beauty in liturgy and music,” said Father Peter.

There is now an additional Mass on most mornings, extended periods of Eucharistic Adoration, and Benediction on Sundays.

As part of the Confederation of Oratories of St Philip Neri, Bournemouth Oratory-in-Formation (to give it its full title) venerates Blessed John Henry Newman who in 1849 established the first English Oratory in Birmingham. Oratorians refer to the famous theologian as “Our Cardinal” and welcome his forthcoming canonisation which will deepen awareness of his universal influence, not least on the Second Vatican Council.

The Oratory provides the Catholic Chaplaincy to Bournemouth University, with Sunday evening CathSoc meetings in the Oratory, and one of the Oratorians being on campus each week.

With the Oratory House currently under renovation, a subsequent redevelopment of the halls and subterranean areas is planned.

The Bishop’s vision for Bournemouth Oratory as ultimately a state-of-the-art centre for catechetics, formation and evangelisation is a fitting destiny for what is already recognised as a shining light of faith in the Diocese.

In the words of Father Peter: “In the midst of much homelessness, and the attendant problems of alcohol and drug abuse and loneliness, the Oratory is increasingly recognised as a much needed powerhouse of prayer.”

You can visit the Viva Voce web site at http://www.vivavoce.uk