Flute and Organ Recital 17MAY19 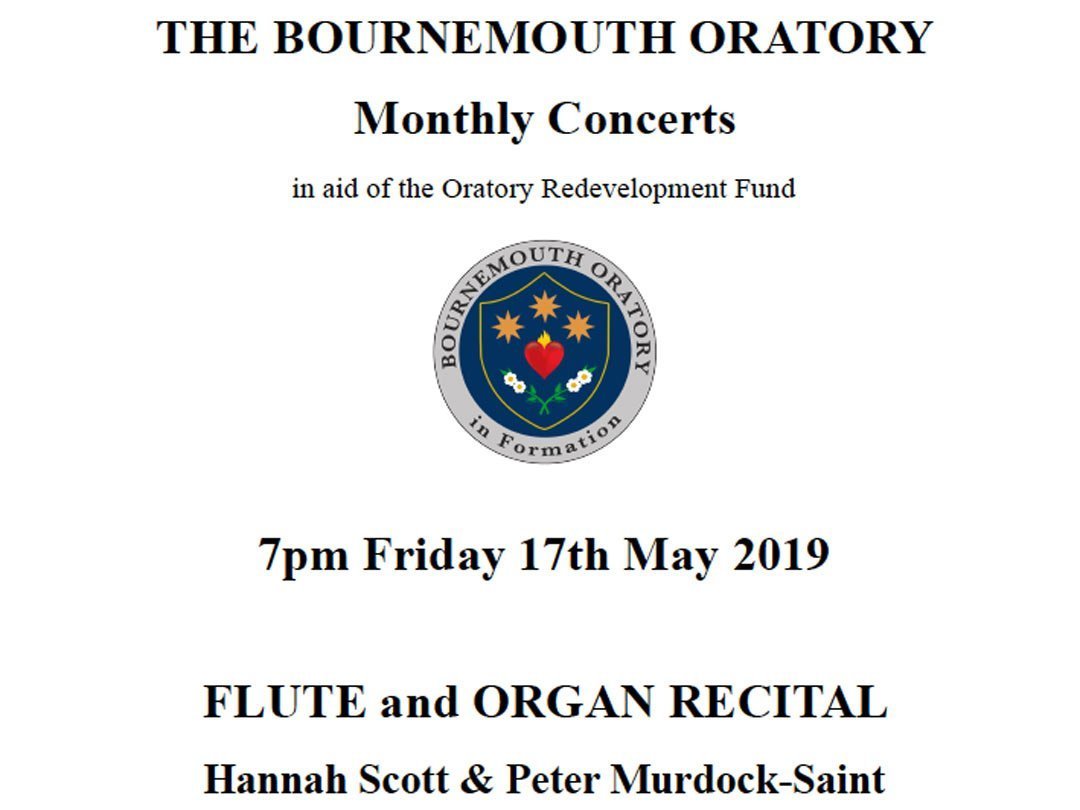 Hannah Scott was born and raised in Bournemouth and first started showing interest in the flute from age 9. It was in 2012 that she accepted a scholarship to further her instrumental and musical development at the Royal Welsh College of Music and Drama.
Under the tuition of Sarah Newbold and Jonathan Burgess, she subsequently achieved a first class degree. She continued her studies at the same institute with the support of Help Musicians Uk, Clingan Trust and Split Infinitive Trust and has now graduated with a Masters in Orchestral Performance.

Particular highlights were achieving the Daniel Emerlyn Davies Award,performing in the finals of the Kelleher Woodwind Prize 2016 and reaching the Finals of the colleges’ concerto competition 2017.

Her freelance work has included performing as a soloist with Magna Sinfonia (Ibert Flute Concerto) and also performing with the Bournemouth Symphony Orchestra in workshops and performances as well as with the Welsh National Opera Orchestra in concert series, tours and operas.

Peter Murdock-Saint embarked upon piano tuition in 1988 becoming inspired after hearing a cocktail pianist on a family holiday. Three years later he took up the church organ too. After numerous parish church organ scholarships he undertook organ scholarships at Solihull School for Boys and at Her Majesty’s Chapel Royal, Hampton Court Palace. Peter entered Birmingham Conservatoire Junior School in 1996 where he performed regularly including Piano Concerto of Edvard Grieg. In 2004 he graduated with a BMus(Hons) from the Royal Northern College of Music.

Since then he has established a busy career having taught for Manchester High School for Girls and Ashton-under-Lyne Sixth Form College, has a busy private practice, is an instrumental and vocal accompanist, and had a specialist post in French editions at Forsyth Brothers Limited, Manchester.

He is especially keen to champion unjustly neglected repertoire and has broadcast on BBC Radio 3, and BBC Radio Manchester in the Manchester Chamber Concert Series. In 2005 Peter recorded and released a full length disc of piano byways that received a five star review.