Cast yourself into the arms of God and be very sure that if he wants anything of you, He will fit you for the work and give you strength. 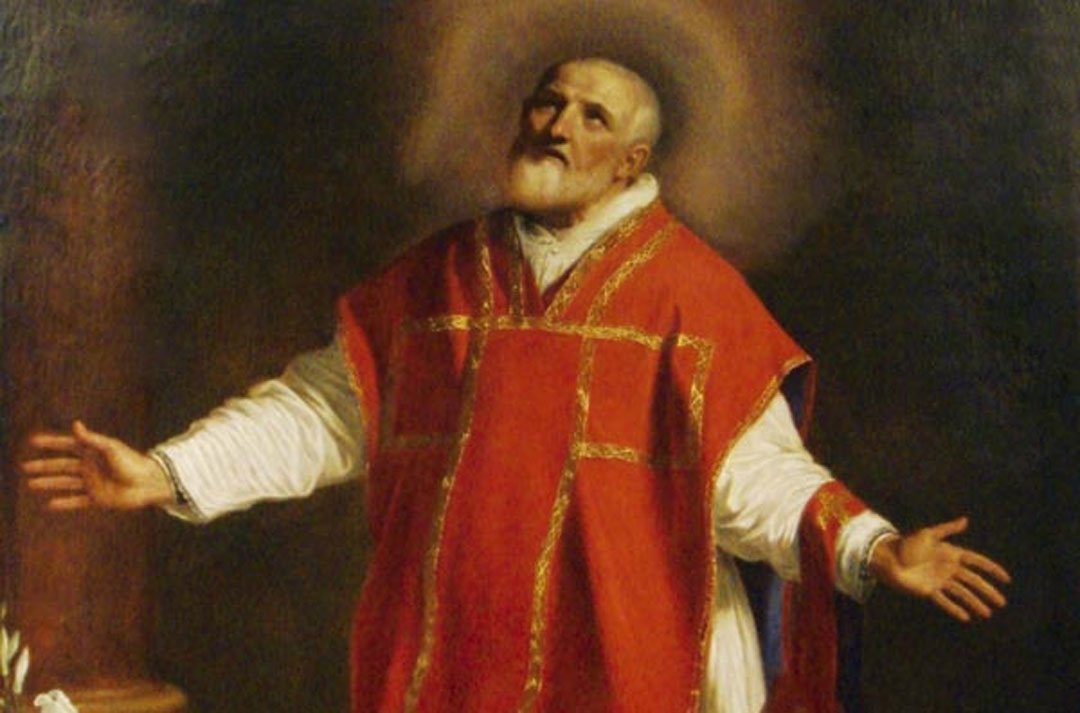 St Philip Neri made a life for himself in Rome, becoming a priest at the age of 35 and becoming known as one who had a particular apostolate for giving young men spiritual direction using unconventional ways to challenge the vain young men of the Eternal City. Once a man came to St Philip Neri and asked him if he thought to wear a hair shirt was a good penance. St Philip replied that it would be a good penance if he wore the hair shirt outside his nice clothes.

St Philip had a long history of playing jokes on a distinguished friend of his, Cesare Baronius, who would become a cardinal. St Philip would send Baronius shopping for wine, with the strict instruction that he was to taste every wine in the shop until he found the right one. After taking such great trouble sampling many types of wine, St Philip would tell Baronius casually that he only required half a bottle of wine.

The saint’s best-known achievement is that he founded the Roman Congregation of the Oratory. The key to his success was that he used humour as his medicine. He may have made others laugh, from going around Rome with half his beard shaved off, doing humorous dances or setting penances for young men that involved them making fools of themselves in public. But he needed jokes more badly than those around him. He was said to have had an all-consuming love of God, and in order to concentrate before offering Mass, St Philip would need to hear jokes or read humorous anecdotes which distracted him just a little from total absorption in the glory of God, so that he was able to concentrate on the task at hand, which was to offer the Holy Sacrifice of the Mass.

He had a phenomenal capacity for love – his heart would hammer so strongly against his chest that it shook furniture. His facility to love so greatly was received on the eve of Pentecost, 1544, when St Philip saw a vision of a ball of fire entering through his mouth and go to his heart. Straightaway he was filled with an intense divine love and fell to the floor, crying out, “Enough, enough, Lord, I can bear no more!”

St Philip Neri is the patron saint of joy, and with this in mind, he could become a powerful intercessor for people who have periods of feeling down. We pray a lot to St Valentine and St Raphael – so that these saints may find us romantic partners who will love us. But we might do well to pray to St Philip Neri that he inspires us with the ability to cherish others and to be filled with the joy of love… Perhaps most acutely for our selfie age, he could become an intercessor for people who agonize over how they look, who spend all their free time finding flattering selfies to post on social media and fear that that narcissism is beginning to rule their lives.