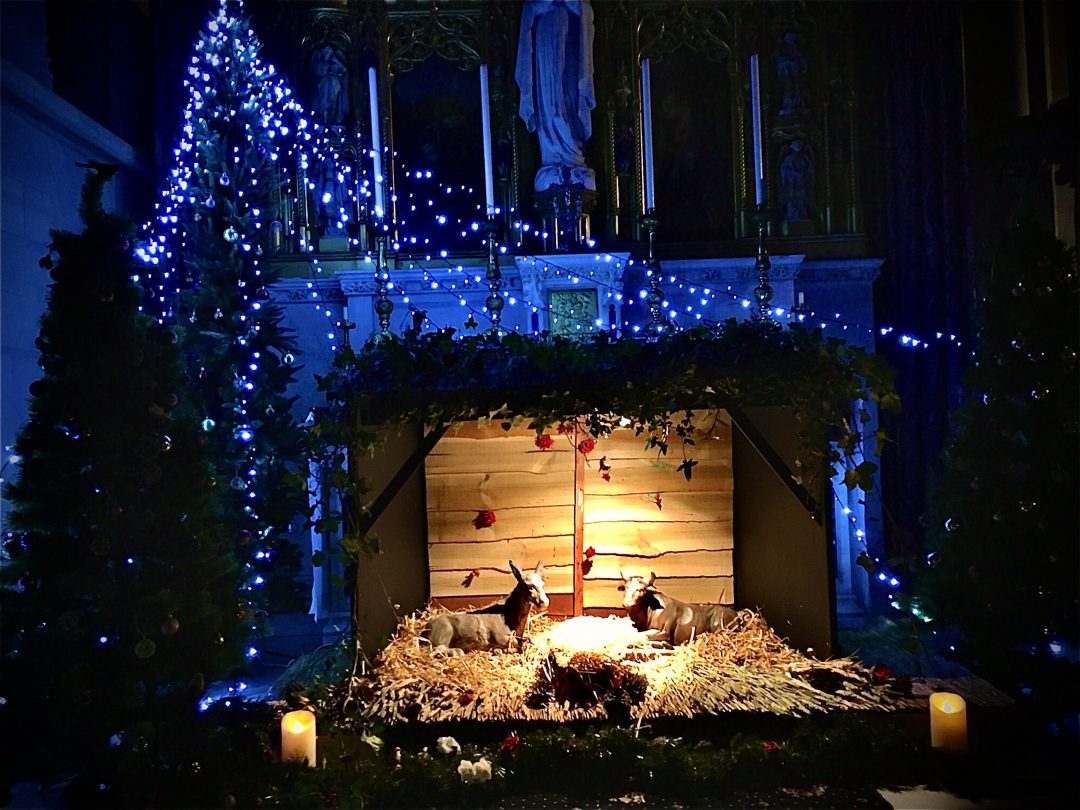 THE CHRISTMAS CRIB  awaits the arrival of Mary and Joseph, a day or two before Christmas.

The Baby Jesus, of course, doesn’t go in until after the Christmas Vigil or Midnight Mass, or early on Christmas morning.

Choose a prominent place in your home for the Crib as a focus of devotion and daily prayer, and a witness to visitors.  The stable, shed or cave can be set up during Advent.  Then Mary and Joseph arrive first, while the Shepherds and Angels might be in a ‘field’ nearby.

In Italy lots of other local people often populate the scene, which might include a waterwheel, a flickering fire, and other interesting and inventive additions…

Between Christmas and Epiphany (6th January) notice how the Magi (Kings or Wise Men) from the East gradually make their way to the Crib from another part of the church.  You can plot their progress on the two Sundays after Christmas, before Epiphany.

The Feast of the Epiphany (manifestation or showing forth of Christ to the wider world) is when the Three Magi (Kings or Wise Men) arrive from the East, and the Shepherds depart, of course.  People who know their Bible don’t have the Shepherds and Kings altogether in the Crib because we know that the Magi arrived two or three years after, as S Matthew refers to the Holy Family, by then, being ‘in the house’ (no longer in a stable) – so you can change, not only the personal, but also the Crib’s scene and background.

Christmastide doesn’t end until 2nd February, the Feast of the Purification of the Blessed Virgin Mary, now sometimes called the Presentation of Christ in the Temple or, more commonly, Candlemas – as you see from the ancient Marian Anthem rubric opposite.  All the churches in Rome, and in Catholic countries and homes, keep the Crib up until Candlemas.  You could take down the cards and decorations on twelfth night (Epiphany) but the Crib stays until 2nd February as the focus of our family prayer and daily devotions.